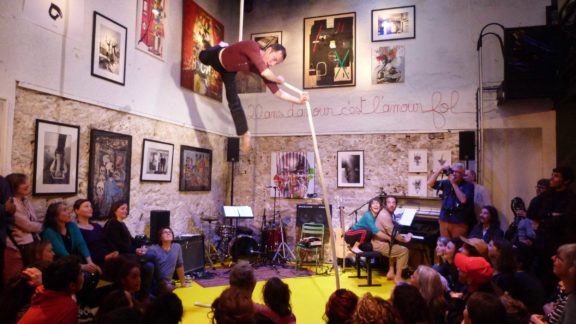 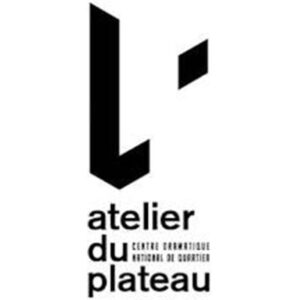 The Atelier du Plateau asserts itself as an intermediate place turned towards contemporary and multidisciplinary creation, singular and new writings, crossed and little tested forms.

In 1999, after twenty-five years of travels around the world, Gilles Zaepffel’s Théâtre Ecarlate moved into a former pipe factory in the 19th arrondissement, and opened the Atelier du Plateau, an atypical place dedicated to live performance and self-proclaimed “1st National District Drama Center”. Quickly identified as an independent and artistic place, supported by the City of Paris and the DRAC Ile-de-France since 2001, the Atelier du Plateau then participates in the urban renewal of the heights of the 19th arrondissement.

From 2005 to 2015, the Atelier du Plateau was directed by Matthieu Malgrange and Laetitia Zaepffel. Maintaining the rebellious and innovative spirit of the place, they set up artist residencies and direct their project towards a multidisciplinary factory around the performing arts and creative residencies, with a color and strong support for the music of today, to contemporary circus and plural dramaturgies.